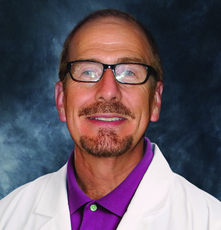 Dr. William Fox attended David Lipscomb University in Nashville, Tennessee for his undergraduate course of study in biochemistry. He then attended The Southern College of Optometry in Memphis, Tennessee where he was inducted into the Phi Beta Kappa honor society and where he graduated with a doctor of optometry degree. Dr. Fox’s externships were at the Biloxi, Mississippi Family Health Clinic, Indian Health Services Department of Ophthalmology, and the Portland Eye Clinic at Pacific University. His externship studies were in the diagnosis and treatment of eye disease and contact lens evaluations.

Beginning his career in Atlanta, Georgia, Dr. Fox worked in the Ophthalmology Department, under Dr. Joe Citron, at Crawford Long Hospital. He started Fox Eye Care Group, located next to Lenscrafters, in 1991 in Greensboro, NC. The practice has since grown to 5 locations throughout North Carolina and including Winston Salem.

Dr. Fox was twice awarded the Horizon Award from Lenscrafters for a combination of professional skills and humanitarian endeavors. He was awarded the Wesley Jesson (now CibaVision) Contact Lens Fitter of the Year award in 1998. He continues to work with the Gift of Sight Foundation (now called OneSight) at home and abroad, helping the needy and disadvantaged. Dr. Fox is the treasurer on the national board of ALLDocs, the independent doctors of optometry next to Lenscrafters. 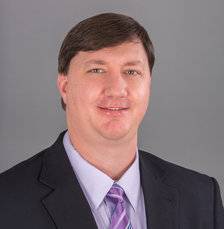 Dr. Darren Hilburn is originally from Lumberton, North Carolina. He completed his undergraduate degree from the University of North Carolina at Chapel Hill and his Doctor of Optometry degree from Southern College of Optometry in Memphis, Tennessee. Dr. Hilburn is a member of the American Optometric Association and the North Carolina State Optometric Society. Dr. Hilburn also serves as a clinical board examiner for the National Board of Examiners in Optometry. Dr. Hilburn has years of experience in treating Diabetic eye disease, Macular Degeneration, Glaucoma disorders, Pediatric care, and Refractive/Cataract Surgery co-management. He loves sports and the outdoors. Dr. Hilburn and his wife are blessed with two boys who definitely help keep life interesting outside the office.

William Hefner VA Hospital in Salisbury, NC was the site of her optometric residency funded through the Southern College of Optometry in Memphis, TN. She obtained this graduate residency status in 2005.

Dr. Smith currently loves dancing, reading, and socializing with positive people. She is a member of the American Optometric Association.

Dr. John Jones attended The Southern College of Optometry located in Memphis, Tennessee. He graduated in 1992 with a doctor of optometry degree. Dr. Jones performed his internship at Omni Eye Services in Atlanta, Georgia. He is a past President of the Catawba Optometric Society.

Dr. Jones has been married to his high school sweetheart, Latrelle, for 19 years. They have three children, Lucy, Archer, and Macon. Dr. Jones enjoys outdoor activities such as hiking, fishing, and trail running with his family. He also participates in the occasional triathlon.

Dr. Lydia E. Broza, O.D. received her Bachelor of Science in Biology and fulfilled the requirements for a Bachelor of Arts in Chemistry from Meredith College in 1989. She received her Doctor of Optometry degree from the Pennsylvania College of Optometry in 1993. During her optometric education Dr. Broza received honors for clinical excellence at the Thomas Lynch Pediatric Unit and honors for an externship at Bolling Air Force Base.

Dr. Michael Broza, O.D. received his Bachelor of Arts degree in Zoology from the University of Vermont in 1989. He received his Doctor of Optometry degree from the Pennsylvania College of Optometry in 1993, where he graduated valedictorian of his class. Dr. Broza was a member of the Beta Sigma Kappa Optometric Honor Fraternity. He also received the Alcon Contact Lens Award. Dr. Broza performed a student externship at Langley Air Force Base in Hampton, Virginia.

Dr. Broza began working with Fox Eye Care Group in 2004. He is married to his optometry school classmate, Lydia, and they have 2 children.

Dr. Nicole Gordon received her Bachelor of Science Degree in Biology at Stony Brook University in New York. She received her Doctor of Optometry Degree at Nova Southeastern in Florida. During her training she completed externships at Aker Kasten Eye Center in Boca Raton, FL. and at W.G. (Bill) Hefner VA Medical Center in Salisbury, NC.